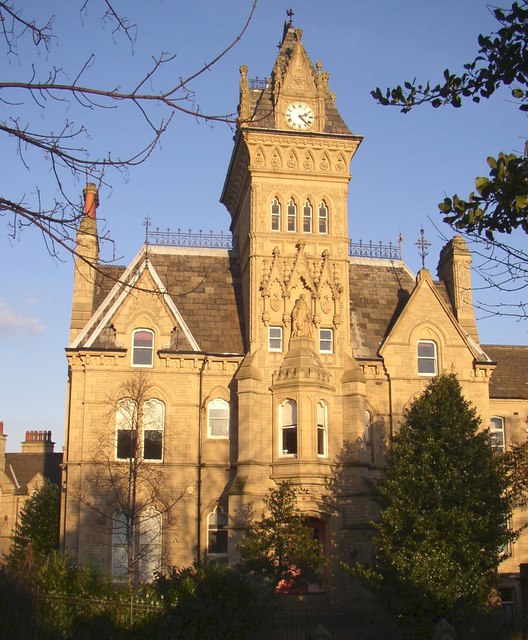 Dewsbury General Hospital (demolished) SE 238 221 BF102454 Built in the 1920s to replace the earlier infirmary in Halifax Road. Demolished in about the 1980s to make way for a housing development and replaced by new buildings at Staincliffe.

Mitchell Laithes Isolation Hospital (Dewsbury and District Joint Infectious Diseases Hospital) Demolished SE 259 204 BF102653    Built in 1905 to designs by G A Fox and Holtham, the hospital originally comprised two ward blocks, administration block and ancillary buildings. Two further ward blocks were added between the wars. The site was cleared some time between 1982 and 1993.

Dewsbury and District Hospital (Staincliffe General Hospital, Dewsbury Union Workhouse) SE 233 228 BF100852  The workhouse for Dewsbury Union was built c.1854 to designs by  Henry Francis Lockwood and William Mawson and comprised a three-storey main block with a range of entrance blocks to the east. There was a school block to the north and an infirmary. In 1893, a row of cottage homes were built to the south of the workhouse. Each home accommodated 12 children and a foster mother (all now demolished).

Between 1890 and 1895 a new infirmary was built to the south of the workhouse complex – this substantially survives. It was extended in 1907 and a nurse’s home  built in 1909. The architect was A.W. Hanstock. Between the wars it became the Staincliffe Institution, becoming Staincliffe General Hospital under the NHS in 1948. One of the first additions to the site were new ward units for the elderly. Opened in 1960 by the Princess Royal, this double-courtyard plan, flat-roofed, single storey unit was designed by Yorke, Rosenberg & Mardall, with in put on the design from the secretary to the Regional Hospitals Board, W. A. Shee. The new unit had the distinction of being the first entirely new general hospital wards to be opened in the West Riding since the establishment of the NHS, and the first of their kind to be provided for geriatric cases. The unit has since been either rebuilt entirely on the same footprint, or so altered as to be unrecognisable.

Further additions to the west were built in the 1960s/70s, but the major change came in the 1980s when the site was extended considerably, with two new large complexes to create a new district general hospital for the area, replacing the inter-war Dewsbury Hospital. 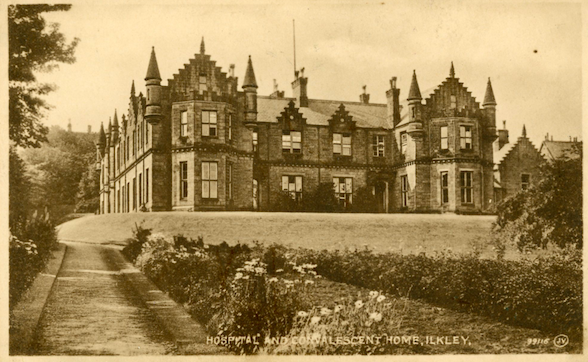 The Hollies SE 2760 3775. Villa built between 1880 and 1890, designed for the Brown family by William Thorp of Leeds. Presented to the city with its grounds as a memorial to the fallen of World War One after 1920. The notable rock gardens are now a public park. The house was altered to a convalescent home between 1920 and 1950 and became a home for the elderly between 1950 and 1990.

Meltham Mills Convalescent Home, Moor View Convalescent Home (Royd Edge School), Royd Road, Meltham, Kirklees. A former convalescent home built between 1868 and 1871 by Charles Brook, junior; part of the Brook family who owned the large Meltham Mills complex. The convalescent home was stone built and to a Gothic design. It had a central service and administrative block with symmetrical wings. The home was also known as Moor View. It closed in 1968 and has been used as the Royd Edge school since.

Woodlands Convalescent Home SE 200 390 BF102573. Convalescent home built in 1876-7 to designs by Andrew and Pepper. It consistes of two wings to segregate the sexes and a central conservatory. The building is two-storeys tall, cruciform in plan and designed to accommodate 120 patients.