Posted on October 9, 2016 by Harriet Richardson

Former Stone House Hospital photographed in 2005. The main range of the former hospital is now known as The Residence.  © Copyright Glyn Baker and licensed for reuse under this Creative Commons Licence

A short hop from the Bluewater shopping centre is the former Stone House Hospital, built in the 1860s as the City of London Pauper Lunatic Asylum. The hospital was closed in 2005, a process that had begun some years before, and the buildings remained empty and slowly deteriorating for around seven years before planning permission was given for the redevelopment of the site for housing. 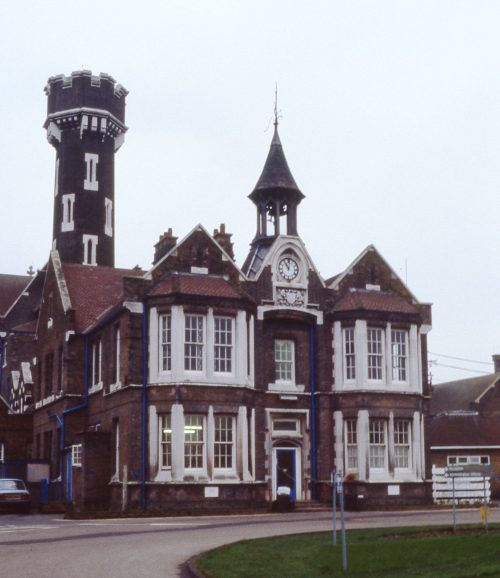 The P. J. Livesey Group carried out the development. Listed building consent was granted in 2012 for the conversion of the main hospital range, the former superintendent’s house (the Hollies), coach-house and stable buildings to provide 93 dwellings and a private gym, change of use for the chapel to offices. Consent was also given for the demolition of the female infirmary, boiler house, laundry rooms, mortuary and associated buildings. A total of 260 residences were planned for the site.

Stone House Hospital, near Dartford in Kent, built as the City of London Pauper Lunatic Asylum and opened in 1866. Extract from the 2nd-edition OS Map revised in 1895, reproduced by permission of the National Library of Scotland

The Corporation of London dragged its heels over building a pauper lunatic asylum. They acquired a site at Stone near Dartford in Kent in 1859 from C. White Esq of Barnsfield. Plans were commissioned from the City Clerk of Works, J. B. Bunning. Arguments rumbled on over how big the asylum should be, or if it were needed at all, but after a few revisions of the plans, work finally began in 1862. Progress was painfully slow. With work still far from complete, Horace Jones replaced Bunning as City Architect in 1864.  Jones supervised the completion of the building which was officially opened on 16 April 1866.

Engraved view of the City of London Asylum, 1866.

The year before the Visiting Committee reported that the furniture, bedding and general stores had, for the most part, been delivered. An arrangement had been made for the gas supply from Dartford, but the water supply was insufficient. The Committee recommended that patients should not be transferred to the new asylum until the spring, because of the ‘bleak and unsheltered situation of the asylum’. Committee members were also concerned that this bleakness also applied to the interior, where the walls were just ‘rough brickwork whitewashed from the ceiling to the floor’. They feared the contrast would make for an unpleasant change for the poor patients and called for walls to be painted or papered with a cheerful-coloured pattern.

The City Asylum was contemporary with various second county asylums: Dorset, Surrey, Staffordshire, and Cheshire, and a number of other city asylums, such as Norwich, Newcastle and Bristol. Its plan demonstrated the refinements that were being introduced to the established corridor plan, having broader corridors, large day rooms and dormitories and fewer single rooms.

The asylum was extended many times following its completion, with new wings added in the 1870s, an isolation hospital in 1885 (the cottage hospital, now demolished), and extensive additions in the late 1890s.

Extract from the 25-inch OS Map revised in 1931, reproduced by permission of the National Library of Scotland

A detached chapel (St Luke’s) was built to the north of the main hospital range in 1898-1901 to designs by Andrew Murray. The original chapel, which was at the heart of the main building above the dining-hall, was then converted into a recreation room ‘for concerts, dancing and theatrical amusements’. Whereas the site of the asylum had been described as bleak and unsheltered in the 1860s, it was now commended as being ‘notable
for its salubrity’, commanding a view of the Thames and a charming rural panorama.

East end of the chapel. Photograph reproduced by kind permission of Peter Aitkenhead. 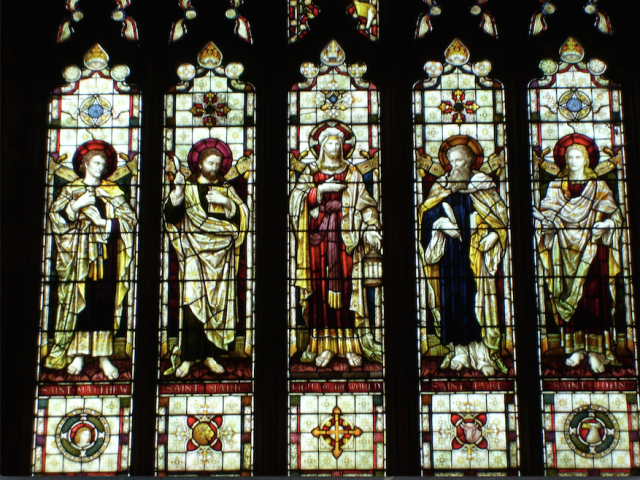 I am an architectural historian, currently a PhD student at the University of Edinburgh, researching post-war hospital buildings in Scotland. From 1991 to 2018 I worked on the Survey of London. During the late 1980s and early 1990s I worked on surveys of hospital architecture in Scotland and England.
View all posts by Harriet Richardson →
This entry was posted in asylums, English Hospitals and tagged architecture, asylum, City of London, Dartford, Horace Jones, hospital re-use, J. B. Bunning, Stone House Hospital. Bookmark the permalink.